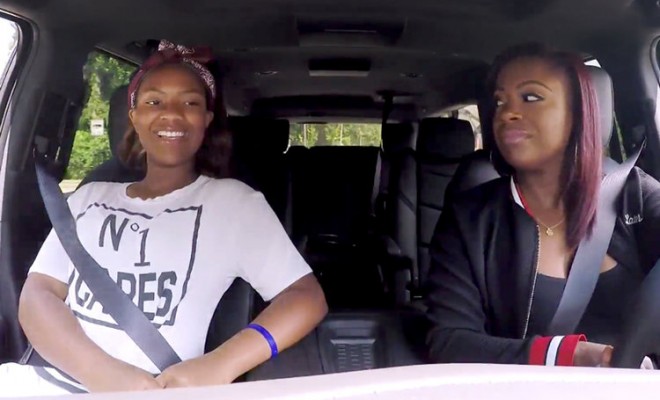 Kandi: I Hate When I Lose My Cool with Block

In her latest RHOA blog, Kandi Burruss opens up about her emotional outburst with Riley’s father.

Kandi Burruss: Well, there have definitely been a lot of situations that I’ve let slide because I didn’t want to deal with the drama. My mom doesn’t like to let anything slide, so it bothers her when I do that. Especially when it comes to money.

Bravotv.com: What was going through your mind during Kenya and Sheree’s argument?

Bravotv.com: What did you think when Kenya made the comment about Sheree having a “Momma Joyce wig”?

KB: I immediately got pissed! Why did she have to go putting my mom in their argument? I felt it was unnecessary.

Bravotv.com: What pushed you over the edge during the call with Block?

KB: When he said he wasn’t going to chase Riley to talk to her, he pissed me off. Block has gone Riley’s whole life not being there as a father. Now he wants to come out of the blue to “co-parent” and he just expects her to welcome him with open arms? He’s arrogant. If he truly wanted a relationship with Riley, then he needs to make her feel like he really wants to be there. Even if he calls her 100 times and she doesn’t call him back, he needs to keep trying. Years of neglect take more than a couple of phone calls to get over. I try my hardest not to argue and curse him out, because I never want him to be able to use me as an excuse later to tell Riley he wasn’t there because I did something to stop their relationship. So I hate when I lose my cool with him, even though he makes it hard not to.

For more RHOA, pop on over to BravoTV.com right now.