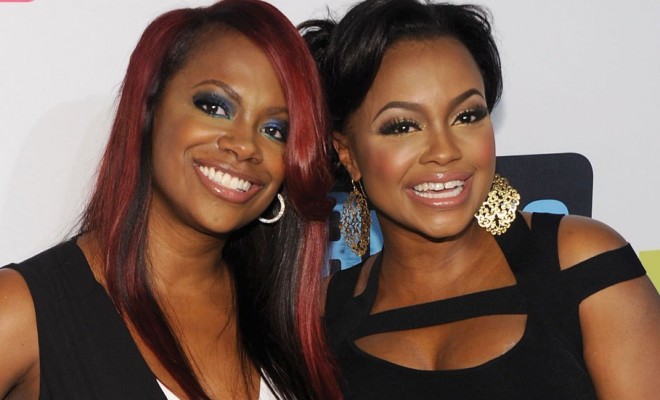 Kandi: I Do Care About Our Friendship

In her latest Bravo blog, Kandi Burruss explains why she got so emotional while discussing her issues with Phaedra Parks.

Bravotv.com: Why did you get so emotional talking about the situation with Phaedra?
KB: I get frustrated having these conversations in front of everyone. I do care about our friendship. That’s why I’m emotional about it. And because I care, I still won’t say certain things that would make her look bad. Even though I feel like I’ve been made to look like the bad guy. I’m trying not to be that “mad day” person that I’ve talked about in the past, meaning a person who was once your friend that starts telling your secrets when they’re mad. I don’t like when other people do that, so I don’t want to be like that. The whole thing is just frustrating knowing that there is only so much I can say to defend myself publicly.

Bravotv.com: Do you think Porsha and Phaedra were too hard on Don Juan and Carmon?
KB: I feel like they are full of sh– about Don Juan and Carmon. When we’re on TV and they say something you don’t like, you want to treat them like the help or say they’re just my employees. But when we’ve all hung out numerous times, they were all good. That would be like me treating Porsha’s sister like the help since she’s her assistant. No, I’m not blood related to Don and Carmon, but we are like family and we have each other’s back like family as well. So if somebody is in front of my video release party telling lies about my husband or talking sh– about the video, then I would expect the people who care about me would speak up and check them. Which is what happened, and I do not have a problem with it.