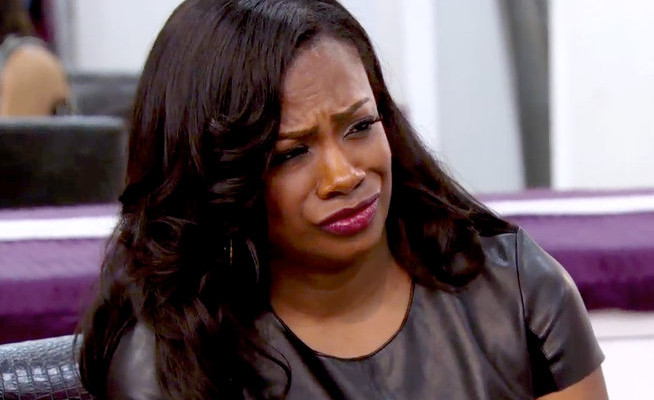 Kandi: I Didn’t Even Know Phaedra Had a Problem with Me

Bravotv.com: Did you find the marriage counseling helpful?
Kandi Burruss: No.

Bravotv.com: Were you surprised to receive the award from Peter?
KB: I was very surprised! Todd and I wanted to be there to support Peter, but I had no idea that he would be honoring me. I was caught off guard.

Bravotv.com: Why did you break down with your mom?
KB: Mom and I had been arguing a lot at that time, and I just felt that she never accepted any responsibility for being wrong. She always finds a way to make me the bad guy. When she said I’ve changed and that I’m not there for my family, I was too through! I had just bought a car for a family member that week, another family member was living with me, and I was and still am helping to take care of another elderly family member. To say I don’t care about my family was an insult. I love them all dearly, and for her to feel that I don’t care about them as much just because I’m married now hurts me.

Bravotv.com: What did you think of NeNe’s idea to bring everyone to a group counseling session?
KB: I thought it was a waste of my time, but that’s because I didn’t know what Phaedra was saying behind my back. It’s crazy watching the show and hearing Porsha and Phaedra discuss how I’m not a friend and that I’m siding with Apollo because my husband and Apollo are friends, and blah, blah, blah. At the time that they had that conversation, I didn’t even know Phaedra had a problem with me like that. I have argued with Todd defending Phaedra. I have defended Phaedra when Apollo came around talking B.S. to everyone about their relationship. There have been plenty of times that I have taken up for Phaedra. No one can say that I have taken anybody’s side against her. Last week at the dinner Phaedra was sitting next to NeNe and Porsha. I was on the other side of the table. They were the closest to her, so they should’ve been the first to grab her. They are her friends too… Right? There is so much more I could say on this subject, but I’m going to let it go.