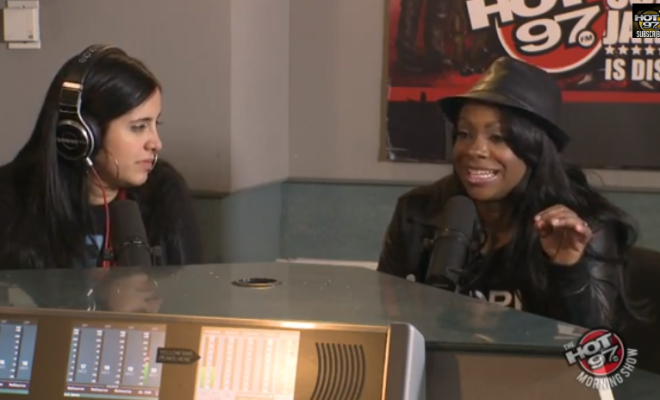 Kandi On The Hot 97 Morning Show

There’s been a lot of relationship gossip circulating on “Real Housewives of Atlanta,” and while it may lead to an explosion on an upcoming episode, it’s nothing that’s going to hinder Kandi Burruss’ plans to wed Todd Tucker.

Kandi recently told Hot 97 that she and Todd are just months away from walking down the aisle and exchanging “I dos.” That’s good news for the twosome and fans who were worried Kandi’s mom’s objections might derail things.

“Anybody who does not make as much, she’s always going to say, ‘Oh, he’s trying to get something,’” said Kandi, addressing Mama Joyce’s concerns.

Kandi said her mom can rest easy knowing that Todd will be signing a prenuptial agreement.

“A prenup is an insurance policy. On one hand, it’s one of those things you only pull it out when a disaster happens. Sometimes people do things when they hurt. They wanna hurt you. You wanna hurt them. You want to avoid all that,” she said.

Prenuptial agreements seem to be one thing Kandi and her co-star NeNe Leakes can agree on, and like NeNe, Kandi said her wedding to Todd may air on Bravo.

“It’s not going to be on the ‘Housewives.’ They’re talking to us about doing it as a special,” she said. Fans will have to wait and see whether Kandi’s mom attends the ceremony.

Though Mama Joyce has promised to stay out of Kandi’s relationship, she’s not the only one who’s expressed concern that Todd may be an opportunist.

In a recent episode, Cynthia Bailey’s friend Natalie, who’s in a relationship with singer Christopher Williams, accused Todd of being a hustler who’s always on the come up.

Kandi defused the situation by taking Natalie’s comments as a compliment, but based on previews of Sunday’s episode, Natalie has more to say, and Kandi doesn’t respond so well this time.

“You gotta keep watching,” Kandi told “106 & Park” when asked about the fight that ensues. “I definitely wanted to put my paws on somebody. Yeah, I did.”