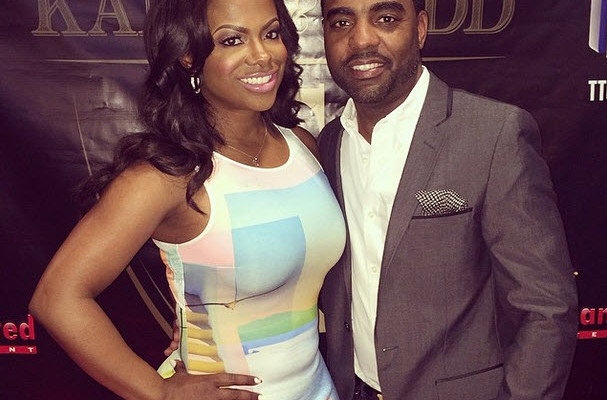 Kandi Explains Why Her Relationship Is Different Than Other Reality Couples’

While plenty of couples thrust into the reality TV spotlight eventually hit their breaking point, Kandi Burruss says she has no fears about her marriage to Todd Tucker succumbing to the so-called “reality TV curse.”

The Real Housewives of Atlantastar tells Bossip that she and Todd have luck on their side, since, instead of testing their relationship by putting it on TV, it was reality TV that brought us together.

“I feel like Todd and my relationship is different because we met through reality TV. I mean,Housewives has been a blessing for me because I met my husband,” says Kandi. “We came together while I was on the show and shortly thereafter, our relationship was on the show, so we’re used to it.”

“He motivates me. He’s 100 percent supportive of me … You know when a guy really, really loves you when he’ll sacrifice to be with you,” says Kandi (Todd gave up his RHoA production job when the two began to date).

Kandi and Todd certainly seem to have a rock-solid bond, but the former Xscape singer admits she has little to compare it to.

“I never dated anybody longer than two years prior to Todd,” reveals Kandi.

Despite her lack of long-term relationships prior to Todd, Kandi says she has no doubts that he’s her perfect match.

“How did I know Todd was the one? I never get tired of talking to him … I get bored easy, but with Todd, I never got bored.”

Do you think Kandi’s right about avoiding the reality TV curse? Let us know your thoughts in the comments section!