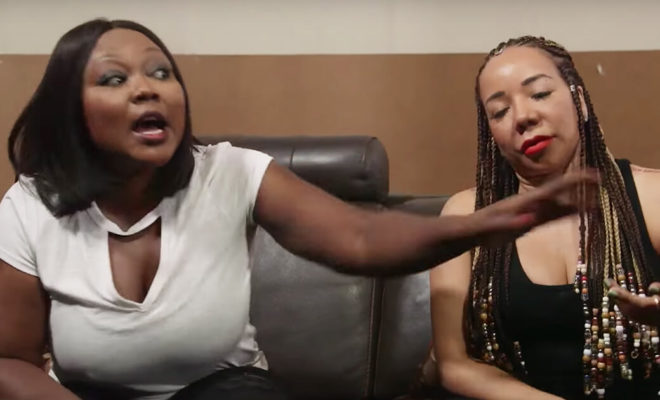 While it may seem like the ladies of Xscape were able to put their differences aside to reunite, after 18 years of being separated, there are still some kinks and unresolved issues they need to sort through, both within the group and outside of it.

In this exclusive clip from tonight’s episode of “Xscape: Still Kickin’ It,” the ladies argue over past issues instead of rehearsing.

Kandi recounts feelings of betrayal from LaTocha Scott seeming to set up her solo career in the midst of the group’s third studio project.

She tells her, “I was not finna sit up there and allow them to make us look like the muthaf*ckin Pips.”

Watch the clip below and share your thoughts. Do you think LaTocha’s solo album was the reason Xscape first broke up?

Don’t miss Xscape: Still Kickin’ It tonight at 9 p.m. ET/PT on Bravo to see how the group got it together for their big performance.