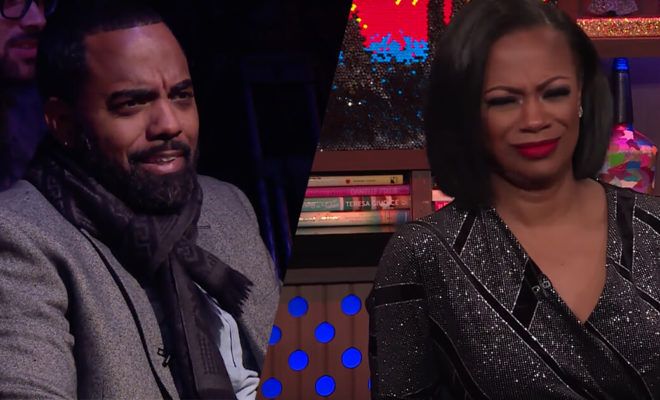 The Real Housewives of Atlanta are no strangers to relationship rumors. Why, we’ve even heard a few of them come from the Georgia Peaches themselves over the years.

It looks like Kandi Burruss is the latest Hotlanta Housewife to become the subject of such gossip. One fan asked Kandi about rumors circulating on the Internet that she and her husband Todd Tucker are headed for divorce during her appearance on Watch What Happens Live with Andy Cohen Sunday.

Not only did Kandi have the fiercest response to shut down those rumors, but her hubby’s reaction to the reports is also exactly what we need to get us through this Monday. See it all in the above clip.

Kandi and Todd wed on April 4, 2014, and fans watched the couple’s gorgeous nuptials on Kandi’s Wedding. Since then, Kandi and Todd have continued to give fans an intimate look at their relationship on RHOA and in the public eye, from welcoming son Ace Wells Tucker in 2016 to working together on various business ventures, such as the Old Lady Gang restaurant.

They recently took in the most glam date night ever when they attended Clive Davis’ star-studded pre-Grammys gala on January 27 in New York City.

“I enjoyed having a night out with my love @todd167! I did my own hair & makeup tonight.”

For more on Kandi & RHOA, head over to BravoTV.com.