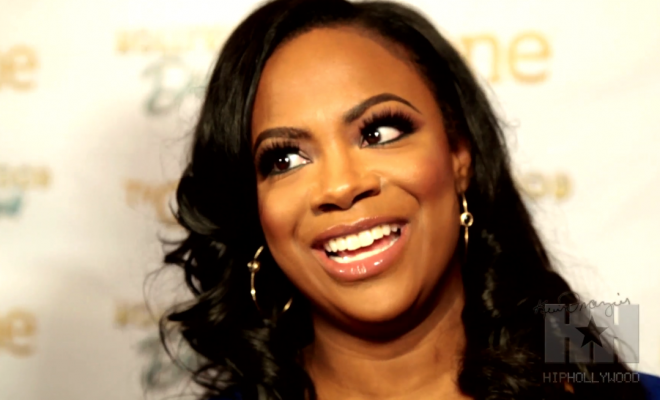 Kandi Burruss is still shocked that Porsha Williams has been demoted on Real Housewives of Atlanta. After news broke earlier this week that Williams would not be a regular cast member on the show, Burruss posted her shock and dismay on Instagram.

HipHollywood caught up with her on the red carpet for TV One’s new reality series “Hollywood Divas” to find out why she and the rest of cast was unaware Porsha would no longer have a peach, and what she thinks about new cast member Claudia Jordan.

So how is she feeling about Claudia Jordan who will be replacing Williams? “I like Claudia, Claudia is a firecracker … She definitely adds something to this new season.”