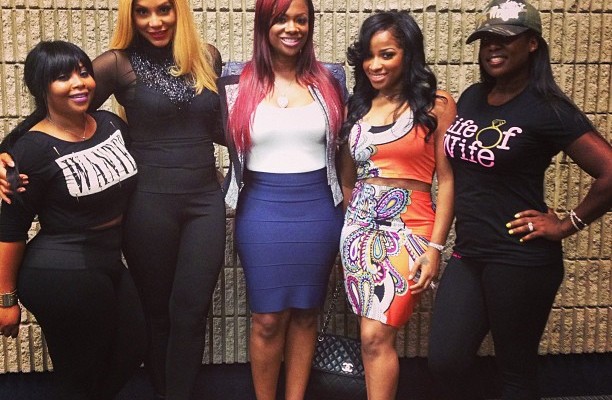 There’s plenty of love going around in the ATL, and over the weekend, we saw a three-show crossover at Tamar Braxton’s event on September 14 in Atlanta. The Love and War singer performed at For Sisters Only (FSO), and her famous fans and friends came out to celebrate.

In the audience was The Real Housewives of Atlanta’s Kandi Burruss and Love & Hip Hop Atlanta’s Toya Wright and Erica Dixon. Also part of the performance line up was Love & Hip Hop’s K. Michelle, who happens to be constantly feuding with Tamar.

There were no signs of public fighting between the two, so hopefully they stayed away from each other. Besides, Tamar was too busy being flocked by fans to bother with her nemesis.

Her RHOA and LHHATL ladies posed in numerous pictures together, and were all smiles and drama free as far as we can tell.

Are you surprised so many different Atlanta-based reality stars are friends? Weigh in below!