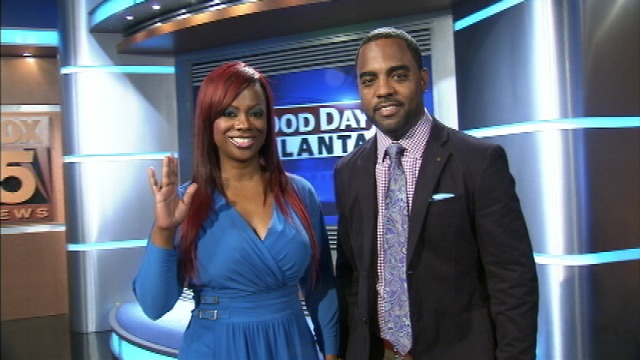 Kandi Burruss, the singer-songwriter, producer and reality television star, is taking a page out of film mogul Tyler Perry’s book by bringing a stage play to life in the form of “A Mother’s Love.”

Burruss, 37, created a musical with original tunes that is loosely based on her life with fiance and television producer Todd Tucker and her own mother’s issues accepting the union. Aside from Burruss, the play’s stars include singers Eddie Levert, Shirley Murdock and D. Woods of Danity Kane, according to kandionline.com.

Burruss recently spoke about the theme of her play which is slated to premiere at Atlanta’s Rialto Theater from November 22-24th.

“When it comes to relationships and things, mothers-not just my mother-have a problem letting to. It’s inspired by my relationship with my mother,” she told Fox Atlanta about the play. “It goes through the tough times. Obviously, at the end, it’s a wonderful happy ending.”

Burruss took to her Instagram to let fans know why they should support her latest project.

“I’m so excited!!!” she wrote. “Everyone is going to be there so you should be also!”

She also explained how Perry influenced her to become a playwright.

While Burruss’ relationship with her fiance is explored in her play, fans will also witness her mother speak out against the union in the upcoming season six of “The Real Housewives of Atlanta.” However, the music mogul had nothing but great things to say about Tucker when previously speaking about him to The Christian Post.

“I met Todd and he was a really cool person … I remember asking him to pray with me one time when we first were spending a lot of time together,” Burruss previously told CP.

For Tucker, Burruss’ desire to pray with him was a confirmation that she needed to be in his life.

“For me to ask him to pray with me … for him that was something. It meant that this is the right situation that I need to be in,” Burruss revealed to CP. “I guess that made him want to pursue me even more.”

TICKETS FOR ‘A MOTHERS LOVE’ ARE ON SALE RIGHT HERE >> http://rialtocenter.org