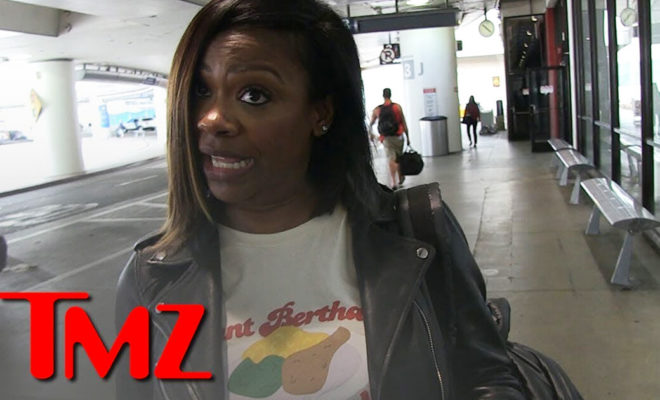 Kandi Burruss is not here for the lies, the lies, THE LIES nor is she here for slander against her boy, Andy Cohen.

TMZ caught up with Kandi at LAX and asked her about comments that workout warrior Jillian Michaels made about the Bravo honcho calling him essentially a misogynist.

Jillian Michaels has the wrong idea about ‘Real Housewives’ franchise founder Andy Cohen because he doesn’t hate women, he just knows when and how to throw shade … according to ‘Real Housewife’ Kandi Burruss.

The former ‘Biggest Loser’ coach recently said the ‘Housewives’ shows prove Cohen hates women, because the ladies have a tendency to tear each other apart.

Andy’s already denied the allegation, but now Kandi’s got his back … in a big way. She says Jillian’s out of line to blame Andy for all the shade thrown between women.

As she puts it, it’s all part of the game, and they’re all ready and willing to play it.