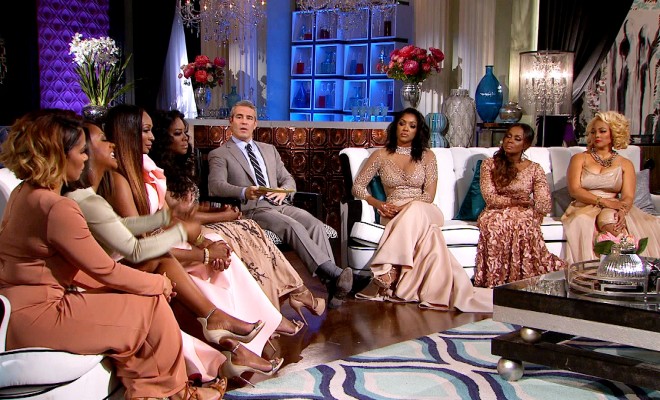 In this show highlight, the ladies discuss both sides of the argument around bringing Phaedra Parks’ boys to visit Apollo Nida in prison. Watch below, and sound off with your take in the comments.

If you missed part 2 of the RHOA reunion…Here’s a quick recap!

Phaedra reflects on the emotional season she’s undergone with her husband Apollo away at prison and the effect it’s had on her life.

Cynthia and Peter disclose the current state of their marriage and address upsetting rumors about their relationship, which leads to a tense verbal encounter between Cynthia and Porsha.

The women revisit the drama surrounding the Miami trip and make an attempt to move forward.

Don’t miss the explosive conclusion next week at 8/7c on Bravo!