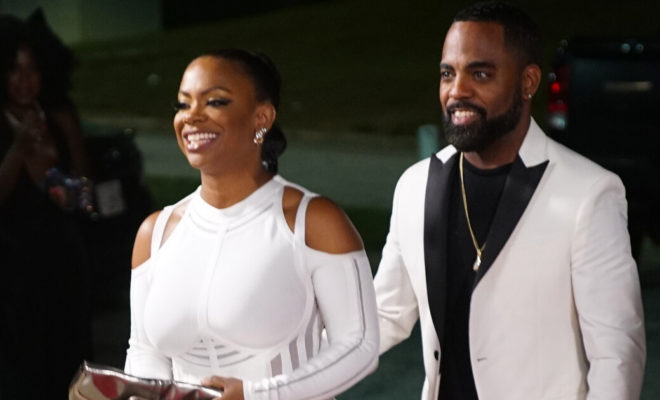 Kandi Burruss: I Do Not Take What Happened Last Year Lightly

Bravotv.com: What did you think about Don Juan’s shade towards Porsha?
Kandi Burruss: I didn’t think anything of it. The things Porsha said about me could have ruined my career and affected my businesses had the truth never come out.

With that being said, everything she said trying to tear me down also can harm the people that work with me. Don Juan doesn’t care for Porsha, and he has every reason not to. It’s a trickle down effect. Everybody is acting as if what Porsha did wasn’t a big deal.

Meanwhile we’re seeing stories of people that get accused of sexual assault (drugging someone for sex is sexual assault) lose their jobs, companies, careers etc. The people who work for them are losing as well because of their actions.

Now that is understandable if the person accused actually did those things, but if they’re in jeopardy of losing it all because some chick chose to spread a bullsh– lie, then that’s horrible. If the worst thing a girl who spread that type of false rumor receives is some shade, I don’t think it’s a big deal. B*tch, get over it. The same way you expect me to get over the lies that you spread.

There are real victims out here in the world who have been drugged for sex. I do not take what happened last year lightly, and neither does my team.

Will we eventually get over it? Yes, hopefully, but over time. Nobody can understand how I feel unless you’ve been falsely accused of sexual assault before.

Bravotv.com: How did it feel walking into your cover reveal party?
Amazing! I LOVE Essence magazine, and to grace the cover is truly an honor.

Bravotv.com: Why did you get emotional during your speech?
Because I accomplished a dream of mine that I had for a long time.

Bravotv.com: What went through your mind when you heard Will had a girlfriend?
Not much… I wasn’t surprised.

Don’t miss RHOA every Sunday at 8/7c only on Bravo.