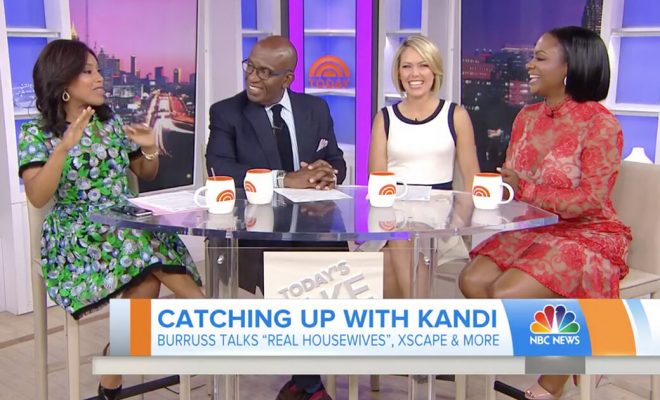 If you thought you’d never see the day when Kandi Burruss and NeNe Leakes were actually friends, think again. Though these Georgia Peaches haven’t always gotten along on The Real Housewives of Atlanta, times have apparently changed in a major way.

Kandi gave an update on her friendship with NeNe during an appearance on The TODAY Show Wednesday. “Of course, there’s always a little drama there, but so far, she and I are on good terms, which is unusual compared to past seasons,” the RHOA mogul said.

NeNe shared a similar sentiment when she appeared on Watch What Happens Live with Andy Cohen in May, confirming that she and Kandi “are good now.” NeNe has previously confirmed that she will be returning to RHOA for its upcoming 10th season.

Kandi also shared on TODAY that last season of RHOA “was very stressful,” but she decided that, “I’m not gonna let that get the best of me.” But she’s definitely moving forward, focusing her attention on her recent string of shows with her fellow Xscape members Tameka “Tiny” Cottle, LaTocha Scott, and Tamika Scott. The group reunited to perform at the 2017 BET Awards and Essence Fest earlier this summer. “Right now, it’s a full tour trying to be put together for our group. I just have to say the love and response from the people has been overwhelming,” Kandi said on TODAY. “We sold out three shows last week, so I’m coming off of that with my group. That was amazing in itself.”

The iconic girl group’s return to the stage will be chronicled in an upcoming four-part special on Bravo called Xscape: Still Kickin’ It (working title), set to premiere this fall. “I’m super excited,” Kandi gushed.

Kandi’s restaurant, the Old Lady Gang, has also been quite the hit with Atlanta diners since it opened earlier this year. “People love it, it’s crazy. The line is down the street every day. Every single day we have a line,” Kandi shared. “And I couldn’t be more happy for my family, because my family, they’re really involved. They’re there all the time. People love to take pictures with them. And the food is good.”