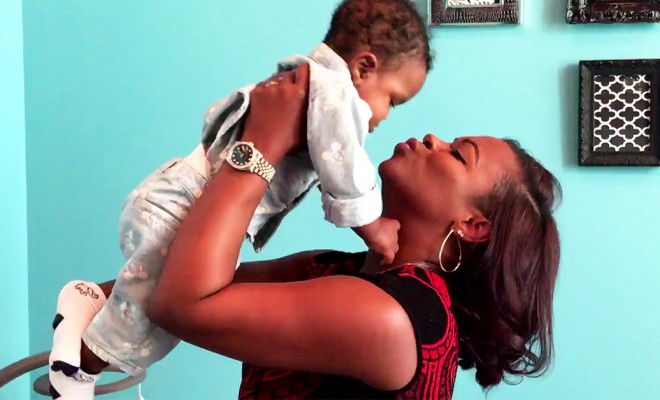 Ace Wells Tucker is growing up right before our eyes. Kandi Burruss & Todd Tucker’s “heir to the throne” was born back in January, and now we’re getting an update on the adorable baby right from the person who knows him best, Mom.

“Everybody wants an update on Ace. Well Ace is doing great as you can see,” she said, before revealing there is one thing new with her son.

“He has two teeth at the bottom. Two teeth! And he will have his seven-month birthday [on August 6]. Yes, you’re almost seven months old!”

But, that’s not all. Ace is also a very hands-on kid. “He loves to use people’s hair as a handlebar when you’re holding him. And what else do you like to do? Normally he likes to laugh a lot, but right now, like I told you, he just woke up [from a nap].”

Pop on over to Bravo for more RHOA news!