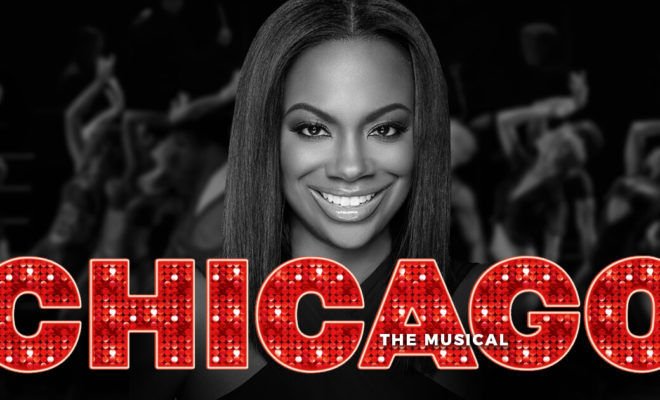 Get ready, Broadway. A Real Housewife of Atlanta is about to take Broadway by storm! In one month, Kandi Burruss will be making her debut in the long-running production of Chicago as Matron “Mama” Morton. Life & Style sat down with the 41-year-old to hear how she’s feeling just a few weeks before her first performance.

“I was super excited because it’s something I’ve wanted to do for a long time,” the reality star shared of her initial reaction. “I was jumping up and down! I haven’t done a big celebration yet, because I haven’t even be able to announce it… I was planning on keeping it a secret until they made their official announcement.”

CLICK HERE TO PURCHASE TICKETS TO CHICAGO: THE MUSICAL

Kandi added that all of her RHOA co-stars have been “very supportive” and that NeNe Leakes has “even been trying to help me find a realtor to find a place out in NY while I’m there.” The mother-of-two’s eight-week run kicks off on Jan. 15 and ends March 11.

But before she fully transitions to Broadway star, the brunette beauty has to sort through her TV feuds, including her on-going issues with Porsha Williams. As Bravo viewers will recall, Porsha repeated a rumor last season (which originated with Phaedra Parks) that Kandi and her husband Todd Tucker planned on drugging Porsha and their mutual friend Shamea Morton in order to take advantage of them sexually.

When asked about where her relationship with Porsha currently stands, Kandi told Life & Style, “I don’t take drugging people lightly and I don’t take it lightly when someone lies about it and makes that up. Me personally, I don’t know in what world would somebody lie about drug and rape and you just forgive them overnight. It doesn’t work like that for me personally, and I was doing pretty good by even being cordial so soon.”

She continued, “You gotta think, the whole [Season 9] reunion just aired in April or May, and she and I didn’t talk the whole off-time we weren’t taping, then we had to be back around each other around the end of June or early July. It wasn’t like that much time had passed for me to think it’s all good.”

Tune in to new episodes of Real Housewives of Atlanta on Sundays at 7 p.m. EST on Bravo.

For more on Kandi & other trending topics, head on over to Life & Style now!