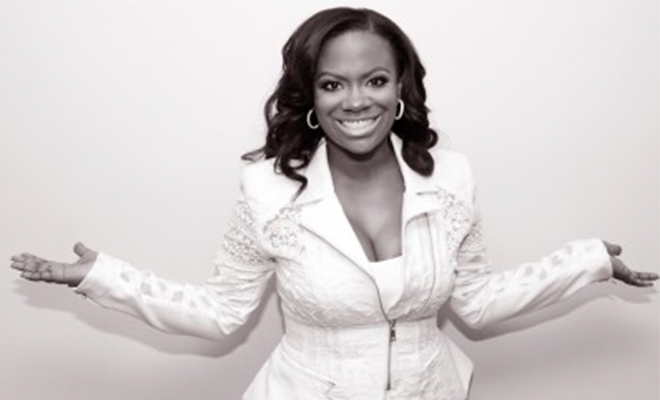 Kandi Burruss Brings Out the Boss In All Of Us

Kandi Burruss is a singer/songwriter, entrepreneur, actress, television personality, and producer.  And that’s only during the day.

Around the clock, the 38-year-old Real Housewives of Atlanta star is a loving mother, daughter and wife.  With the help of RHOA’s consistently high ratings, Burruss has created one of the strongest brands on reality television.

There’s a reason why fans of the show always see Kandi working on a project, like a new play with her producer husband Todd Tucker, overseeing the sales her sex toy line Bedroom Kandi, or working on her show Kandi Koated Nights– it’s because she’s always working.  Other than the problems she has with her mom and newlywed growing pains, the Grammy-award winning songwriter does her best not to act like she has nothing to lose.  When she signed on in 2009, she was an established artist and songwriter whom many knew from her days in the 90’s R&B group Xscape.  Realizing how much her visibility would increase, she decided to take her business ventures to another level, using the show as “an infomercial,” as she described in a recent interview.

“Housewives opened up a lot of doors for me,” she told MadameNoire.  “Everything that I’m working on, people are able to see what I’m doing… There are more people that are out there who want to have a part of my [projects].”

Since she has several businesses, her advice to women who want to have their hands in more than one industry is to find a great partner.  As the owner of popular clothing boutique TAGS and her other Kandi Koated industries, she counts on her business partners to be there when she can’t.  Your business will only be as great as the team building it.

But, she insists, “You should be solid and successful in one area before you try to do a whole bunch of other things.”  She continued, “Once you get that locked down, then… Whatever your interests are, go in that lane and try it out.”

For being a brilliant, down-to-earth and genuine boss lady who represents the working woman in the crazy world of reality TV, Kandi Burruss is our #WomenEmpowermentWednesday pick.