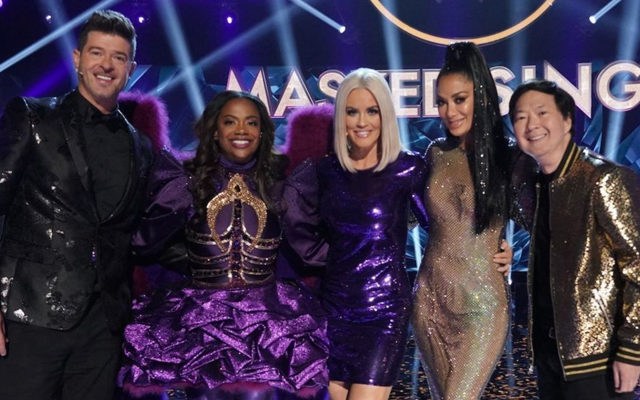 Get into Kandi Burruss winning.

As if being a mogul mom and wife wasn’t enough, The Real Housewives of Atlanta star had to remind folks that she still has the chops to win a singing competition—even if her identity was hidden behind a mask.

On Wednesday night, Burruss became the third winner and the first woman to take home the golden trophy on Fox’s The Masked Singer. Previous winners include Wayne Brady and T-Pain. This season, Burruss beat out her final two competitors, Bow Wow (Frog) and Jesse McCartney (Turtle) for the coveted win.

“I finally can stop keeping secrets!” she wrote in a caption. “I’m extremely excited to represent women and win the trophy!”

Ever the marketing genius, the singer also announced her new single “Used to Love Me” and encouraged fans to “download it now and add to your playlist!”

Early in the season, one of the judges, Jenny McCarthy, declared that Night Angel would be victorious, ahead of other masked contestants, including Chaka Khan (Miss Monster) and Dionne Warwick (Mouse). After her win, Burruss told Entertainment Weekly that she never thought that snagging the trophy was a layup, however, she did feel good about her performances, including a cover of Andra Day’s “Rise Up.”

The singer-songwriter entered the competition with a strategy to hit every genre of music and avoid songs with a “really low range” so that people wouldn’t recognize her voice. One of the fan favorite performances was her rendition of Lil Wayne’s “How to Love.” Wayne, coincidentally, was also on the show this season as the Robot.