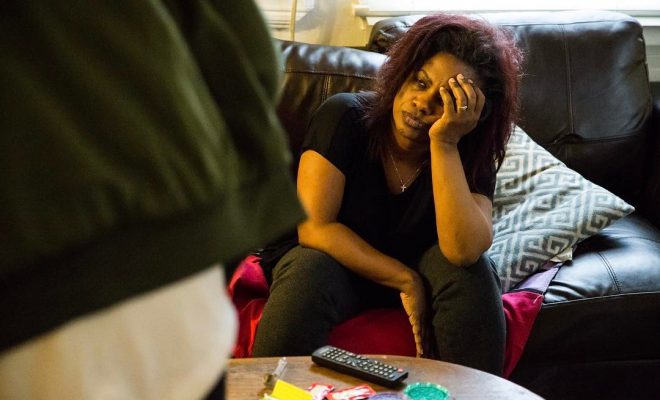 Kandi Burruss Is Almost Unrecognizable in Her New Movie Role

Kandi Burruss will soon be able to add the title of “movie star” to her ever-growing resume. The Real Housewives of Atlanta mogul recently gave her Instagram followers a sneak peek at her new movie, Never Heard.

The film follows a man as he struggles to avoid his father’s past mistakes and make things right in the present with his estranged son.

Watch the exclusive sneak peek below

Kandi plays a drug addicted Mother named Tara. Speaking about the role, Kandi said “I play the role of a mother addicted to drugs in @neverheardmovie that is going to released in October. I loved this role because it’s not what people would expect from me. I can’t wait for it to release so that you can see it!”

What do you think about Kandi’s transformation? Are you looking forward to seeing Never Heard when it hits theaters later this year? Sound off in the comments.