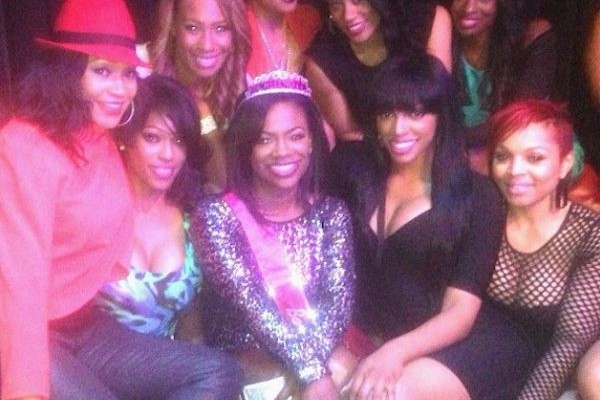 Kandi Has A Bachelorette Party To Remember

After tons of drama this season, Real Housewives of Atlanta star Kandi Burruss will finally jump the broom and marry her fiancé Todd Tucker.

With the big day fast approaching, the reality star and budding businesswoman gathered up family, close friends and the RHOA cast for a bridal shower and bachelorette party.

During the day, the bridal shower was pretty PG but by night, things turned up when the girls hit Compound Nightclub and later the strip club where they were entertained by a midget stripper. Housewives co-star Phaedra Parks was in attendance, as were friends Carmon, Tiny, Shekinah and Rasheeda. Despite side-eyeing her daughter’s pending nuptials to Todd Tucker, Mama Joyce was also there to support Kandi.