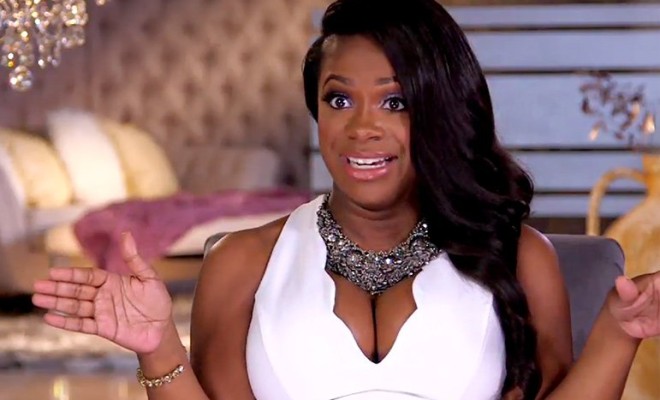 I Split The Blame Between Cynthia & Porsha

Bravotv.com: How shocked were you by what went down between Porsha and Cynthia?
Kandi Burruss: I was super shocked! Especially hearing that Cynthia got physical first. At the time that it happened, most of us didn’t see the actual kick because we were still on the other side of the boat. By the time we realized what was going on the crew was already breaking the girls up.

In my mind at the time, it was all Cynthia’s fault, because she overreacted about the bitch comment. I really don’t think Porsha was trying to be extra shady and they had been calling each other “bitch” all day long… Cynthia said that I wouldn’t have liked being called a bitch, and she is right, but at the same time I don’t normally throw around the b-word jokingly like they do. I know how it can easily be taken the wrong way, so it’s rare that I will call another woman a bitch unless I really mean it in a negative way. Therefore I prefer they don’t joke with me like that, but lately it has become so common for women to refer to each other as bitches, so I try not to get offended by it. It’s sad that the word bitch is thrown around so much between women that we have to get adjusted to it…

Anyway, now that I’ve actually seen the fight, I have to split the blame between both Cynthia and Porsha. Yes, Cynthia definitely started the negativity, but when Porsha came over to talk and they both started putting their fingers in each other’s faces, it took things to another level. That’s one of my pet peeves. I cannot deal with someone in my close personal space pointing their fingers in my face while having a heated discussion. That’s a fight waiting to happen. What really set it off was when Porsha stood up and straddled Cynthia. After seeing it on camera, I see why Cynthia kicked her. Regardless of Cynthia being wrong for starting the whole argument, she still had to defend herself, because it looked like Porsha was about to drop the beat down on her. So personally I’d rather be wrong for kicking you than be wrong and get my ass kicked…I’m just saying. Either way it was a dumb argument that went way too far. I hate it for both of them, because I know that’s not how they want to be seen in front of the world.

Bravotv.com: What was going through your mind when it was taking Dr. Jackie a long time to find the baby’s heartbeat?
KB: I had felt my baby move all day, so I knew it couldn’t be too serious. I was just trying to be patient and not be quick to think negatively.

Bravotv.com: Why did you decide to call out Kenya?
KB: I just wanted her to recognize her faults. She loves to call out everyone else’s, and for some reason she doesn’t think or realize that she does that. She says that I’m always against her and that I pick sides, but that’s not true. Right is right, and wrong is wrong. No matter who it is. That’s how I feel and I don’t have a problem saying it.