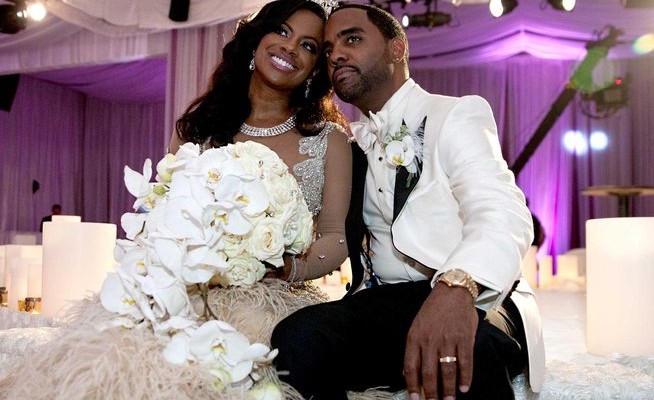 How Has Marriage Changed Kandi Burruss?

First comes love, then comes marriage—and that’s when the real fun begins. Or, does it?

Kandi Burruss and Todd Tucker opened up about their first year as Mr. and Mrs. during an appearance on The Dr. Oz Show.

“The first year was a great adjustment period,” Kandi says, with Todd adding that it was “tough.”

And Real Housewives Of Atlanta fans have been treated to seeing what it’s been like for the pair through thick and thin.

“We sometimes, I feel like watching back, especially this last season, we could have kept some things to ourselves,” Kandi shares. “We were a little too open at times.”

However, Todd admits that he’s gotten good feedback from fans who have watched the pair grow.

“I think it was good we let it play out,” he says. “I meet people in the street and they say they learned so much and that helped them get through things; or how Kandi dealt with certain things, it just help them get by. So I feel like it was a positive.”

And it turns out that since marrying last April, Kandi is definitely showing a different side of herself.

“She’s a little more sensitive,” he explains. “I think you were real tough and rough, and I think it kind of calmed and relaxed her and made her a little softer.”

As for Todd, “he’s pretty much the same,” Kandi laughs. “I don’t know, for a second he was having like a little attitude and we were having some issues, bumping heads a little bit right after the marriage because we went from being together every day to a long distance relationship, because his job took him to California for some months,” she says. “So we were kind of bumping heads in that time, but after that we were good.”

And things have also hit smoother ground for Todd and Kandi’s mom Momma Joyce after some issues in the past. “Shes gotten a lot better,” Kandi dishes.