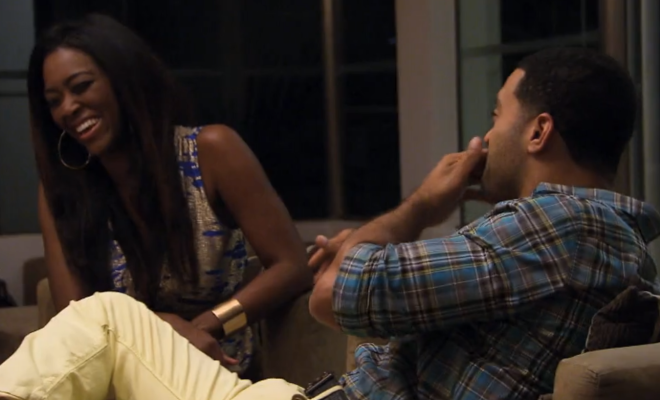 Soaking in the beauty of Mexico, Kenya downloads Lawrence on her thoughts on Porsha and Kordell’s complicated relationship and also reveals lingering issues she has with Apollo. Later that evening, Kenya crashes the guys’ night out and confronts Apollo one-on-one regarding their troubled history, but the conversation is cut short when an unexpected guest shows up.

Don’t miss an all-new Real Housewives of Atlanta tonight at 8/7c only on Bravo.

Phaedra Parks isn’t pleased when she see her husband having a private conversation with Kenya Moore.

Kenya tries to figure out what happened between her and Apollo.

Get more #RHOA at BravoTV.com!