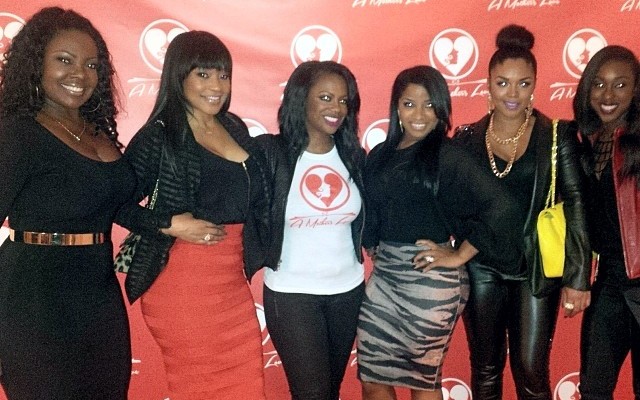 Via WordOnTheStreetz.com: The Who’s Who’s Of Black Television showed up and showed out in larger numbers in support of Real Housewives of Atlanta Stars, Kandi Burruss and Todd Tucker for the opening of their stage play “A Mother’s Love” In Atlanta.

The couple brought out everyone from Tyler Perry To Mona Scott-Young and also several other stars of RHOA including Cynthia Bailey, Peter Thomas, Phaedra Parks, Apollo and Kenya Moore.

The play “A Mother’s Love” seemed like a page directly ripped from Kandi’s love life that has been seen in the latest episodes of RHOA. Although, Todd had more to do with the other side of the play, Kandi was joined on stage by Fellow RHOA Star Porsha Stewart, Q Parker of 112, D. Woods Formerly of Danity Kane, & Music Legends Shirley Murdock & Eddie Levert just to name a few.

Check out the stars that were in the house below!