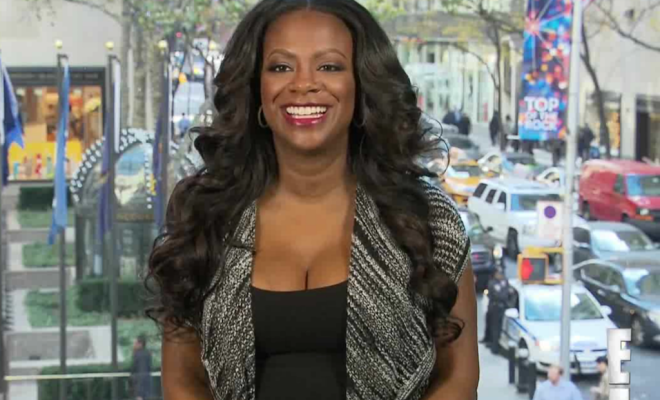 In an exclusive sit down E!, Kandi Burruss reveals that she was shocked just like millions of viewers when Vivica A. Fox threw some major shade at ex-boyfriend 50 Cent Sunday night on Watch What Happens Live.

“That was crazy. I had no idea. I didn’t even know that [host Andy Cohen] was going to ask a question about 50 Cent,” she told E! News. “Vivica had me to the point where I was about to fall out the chair.”

When chatting with E! News, the Bravo star opened up about her pregnancy. “I am due Jan. 6. My actual due date is Jan. 20 but Dr. Jackie [from Married to Medicine] wants me to schedule a C-section for Jan. 6,” she told E! News. “I don’t have any cravings, which is crazy. I don’t even eat that much, which is also crazy.”

She continued, “This pregnancy isn’t a lot different than my first one but it is different as far as it wasn’t as easy to get pregnant so that was the major difference. With Riley it was like a surprise. With this baby, we actually had to try.”