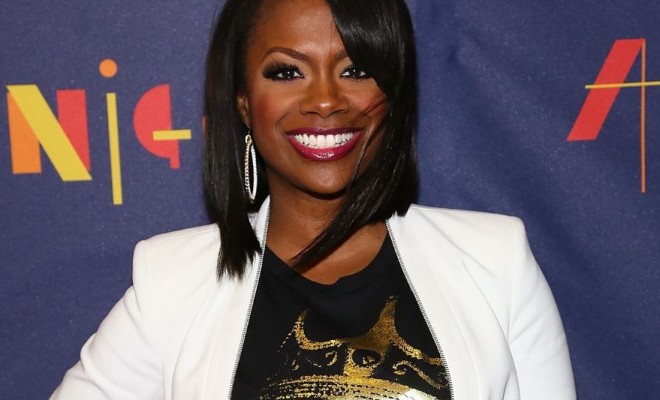 Kandi Burruss, the “Real Housewives of Atlanta” cast member and singer/producer, is expanding her brand empire by creating a musical loosely based on her life at the Rialto this weekened.

“A Mother’s Love” will play five times Nov. 22 to 24 includings matinees Saturday and Sunday. (Tickets are $55 to $75 at kandionline.com and rialtocenter.org.)

She said she wanted to do a project together with her fiance Todd Tucker. “We talked first about a movie, then thought a play would be easier. It was not,” she said.

Burruss, a songwriter who won an Emmy for writing “No Scrubs” for TLC 14 years ago, penned 18 songs for the musical. It has elements of her own rollercoaster relationship with her mom. “It clearly is inspired by my real life,” she said. “A mom who wants the best for her daughter but she doesn’t think her man is the best for her. We did turn it around a bit. The mother in the musical used to be in a singing group. My mom was never in a group.”

Anyone who watches “The Real Housewives of Atlanta” will know the story. Mama Joyce, Burruss’ mother, has expressed skepticism about Todd, wondering if he can provide for her and whether he’s taking advantage of her since she makes more money than he does.

A heated argument between mom and daughter, which aired on Nov. 10, caused Burruss to tear up when she watched it on the TV screen. “It brought back the same emotions I had that day,” she said, warning that “there are a lot more moments to come that are probably even worse than that one.”

Burruss said she can’t understand why her mother is acting this way. She said early on, Mama Joyce was fine with Todd but after she began watching Wendy Williams call Todd “an opportunist,” she began echoing the same sentiments. So why not go on Williams’ show and clear things up.

Rialto Center for the Arts