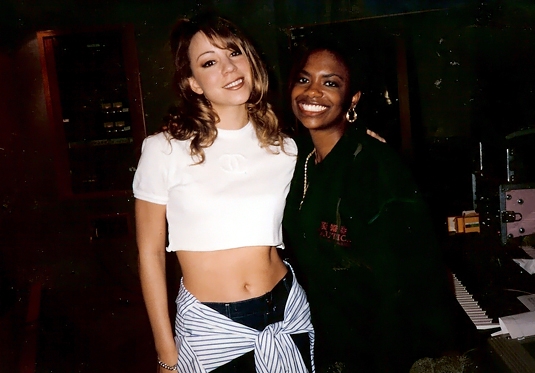 10 Hit Songs You May Not Know Kandi Burruss Wrote

Kandi Burruss may be currently known for her role on the hit reality show “The Real Housewives of Atlanta” but before the show, she wrote hit songs for many big-name artists in the music industry.

Below are 10 hit songs many may not know Kandi wrote:

Whitney Houston – “Tell Me No”

In 2002, the late great Whitney Houston released the album “Just Whitney.” The singer’s fifth studio album featured the single “Tell Me No,” in which Kandi wrote alongside Babyface, Annie Roboff and Holly Lamar. ”Just Whitney” went on to become triple platinum worldwide.

Kandi wrote singer Pink’s first hit song ‘There You Go.” In 2000, the single, which was featured on Pink’s debut album “Can’t Take Me Home” became a commercial success, becoming her first Top 10 entry on the Billboard Hot 100 chart, where it peaked at #7.

Kandi wrote and produced several songs on Destiny’s Child’s second album “The Writing’s On The Wall,” including “Bug-A-Boo,” “Bills, Bills, Bills,” “So Good,” “Hey Ladies” and “She Can’t Love You,” which was released in 1999. In an interview, Kandi was asked if she was responsible for the “women’s empowerment” movement in the music industry after writing hits like “Bills, Bills, Bills.” She said she can’t take all the credit but that she contributed.

Kandi is responsible for the lyrics of ‘N Sync’s song “It Makes Me Ill” which she wrote along with Kevin “She’kspere” Briggs. The single was featured on ‘N Sync’s 2000 hit album “No Strings Attached.”

In 1999, Kandi worked with Mariah Carey on her “Rainbow” album. She collaborated with Carey and Briggs, to write and produce the single “X- Girlfriend” for the project. ”Rainbow” was certified triple-platinum.

The studio album ”8701“ is the third by American R&B recording artist Usher, and was released in 2001. On this LP, Kandi penned the track “Pop Ya Collar.” The song helped the album sell more than 4 million copies.

On Alicia Keys’ 2001 debut album ”Songs in A Minor,” she uttered the words “Kan-di collabo”on the song ”Jane Doe.” She said those words to give Kandi recognition for writing the song and singing with her in the background. ”Songs in A Minor” went 12x platinum worldwide.

In 2000, Kandi wrote “Good Guy” for hit R&B group Boyz II Men’s album “Nathan Michael Shawn Wanya.” The album was given that name because it was the first LP in which the group had more creative control. The project went gold, selling 500,000 units in the United States.

Kandi wrote rapper Sole’s hit song “4,5,6?, which featured J.T. Money. Kandi also sang the chorus to the track, which was released in 1999.